Our "Spain - New World Wines" event was an evening of surprises. To start off, guests were served hors d'oeuvres in the lounge of the lovely Faculty Club along with a lovely and very reasonably priced reception wine from VALDRINAL located in the prestigious D.O. Ribera del Duero region of Spain which lies approximately 2 hours north of Madrid. People were pleasantly surprised at the quality of the wine for the price - around $19. The wine was supplied by Cellar D'Or Fine Wines so please contact Cellar D'Or to order this wine.

Behind the scenes, the club directors were dealing with an unexpected surprise - 2 of the wines shipped from the cellar were not Spanish! A mix-up in the inventory resulted in two French wines being delivered instead and there was nothing that could be done about it at that late stage. Fortunately, the most expensive Spanish wines had been delivered to us and the French substitutes that had bought for a future Rhone tasting were also very expensive. So attendees drank some very good wine over the evening.

But the biggest surprise was later in the tasting when attendees discovered just how good the Spanish wines were - certainly they were very good rivals for the traditional areas of Navarra, Rioja and Penedes. The overall quality, particularly of the most expensive wines, was excellent. The wines were full, very rounded, well balanced with good fruit, and had long finishes.

Our guest speaker, Barry Brown - President of the Spanish Wine Society, added his usual blend of humour and vast experience of visiting wineries in Spain to the evening and gave us his comments about the wines while guests drank the wines and munched on appetisers served by the U of Toronto Faculty Club wait staff. 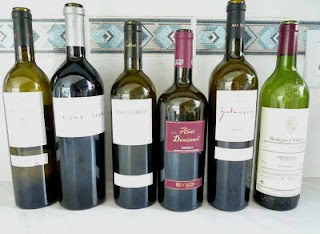 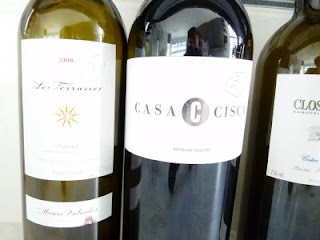 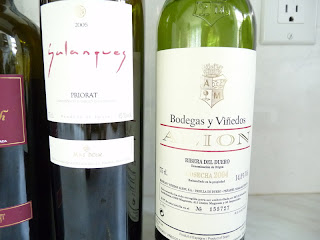