This past Tuesday, Toronto Vintners Club was proud to present, the exclusive Canadian tasting of Hartley-Ostini Hitching Post wines, lead by the winemaker himself Gray Hartley. 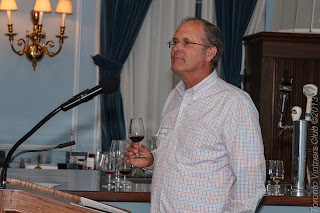 As we were honored to have the wine make present for the evening, we ran the tasting slightly differently than what our members were used to.  Instead of a blind tasting of the wine, Gray lead us on a journey through them, regaling us with stories and anecdote about each in turn. 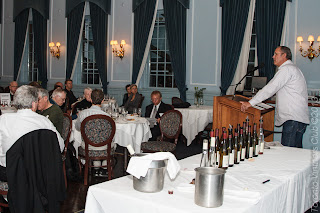 The tasting started with the 2011 Pinks Dry Rosé.  Some people assume that is wine was named after the colour of the wine, but in fact, the name came from an earlier part of Gray's life.  He spent the first half of his career, not making wine, but fishing for pink salmon in Alaska.  This fishing influence can also be seen in some of the other wises that we tasted: Cork Dancer was named after the lead fish in the salmon run, that would jump and seem to dance along the edge of the fishing nets. The Highliner name was given to best ship in the fishing fleet, so Gray though it was only fair to give that name to what they considered the best of the fleet of Pinot Noirs. 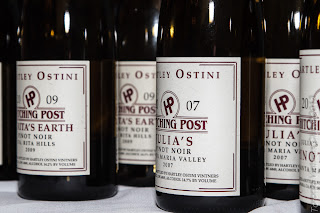 Gray also shared a couple great stories from the filming of Sideways and how almost on a weekly basis, they still see customers come into the restaurant and request to specifically sit in the seat that Miles (Paul Giamatti) sat in in the movie. 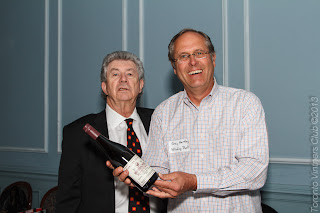 During the tasting, the club ranked the six Pinot  Noirs that were poured, here were the results: 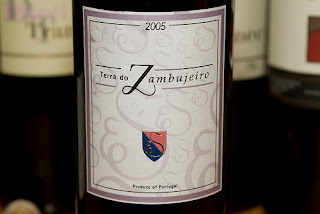 Celebrate spring with Toronto Vintners Club while sipping red wines from three famous regions of Portugal on April 16.  We have four wines from Douro, three from Alentejo and one from Dão, all of which have scored at least 90 points and are drinking at their best today!  If you aren't familiar with Portuguese wines, this will be a great opportunity to try something new but if you know them, then you know you'll be in for a big treat and this will be a chance to taste some new producers.  Portuguese wine styles changed dramatically about 21 years ago when Portugal entered the European Union and began a period of rapid economic expansion that brought it into the ranks of a modern industrialized nation and with that has emerged a significant increase in quality.

Please note that light appetizers and a reception wine will also accompany the formal tasting.  We hope you'll join us for this tasting! 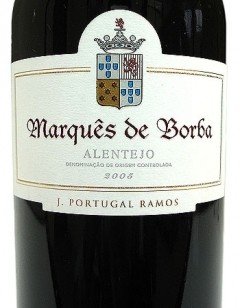 * In 1756, the Douro Valley became the world’s first official demarcated wine region.
* Portugal has more indigenous grape varieties than any other country – more than 200.
* The number of microclimates and soil types give specific and unique features to Portuguese wines – a plus for the wine lover, especially in tandem with the number of grape varieties.
*The country is the seventh largest exporter of the product worldwide, by value.
No comments: