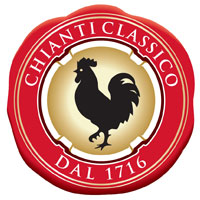 This past Tuesday, March 20th, 2012, the Toronto Vintners Club presented the rare opportunity, to go back and re-visit our tasting from back in March of 2010.  It was a unique opportunity to revisit these wines and to see what effect 2 additional years of cellaring had on these wines.  Our Guest returning gust speaker for the evening was Julian Hitner, who last joined Toronto Vintners Club for our Brunello di Montalcino tasting in Feb. 2011.

Over all, pretty much everyone was in agreement on their wine rankings, with the older of the wines tasted coming out on top.  Julian ranked the 2005 Castello di Ama Chianti Classico as his top wine of the evening, saying that it had great notes of salami and roasted meat with also just a very faint port like element hiding in the background.  This wine had firm tannins that were balanced with perfect acidity.  The group's top pick was the same wine, but the older of the two vintages present that night, the 2003 Castello di Ama Chianti Classico.  According to Julian, this wine was very refined and had a great red cherry/garnet colour.  It was a very complex wine, with notes of pipe tobacco, roasted meats and cigar boxes.

Here are how the wines were ranked:

Comparing this years tasting to that of 2010, we can see that there has been quite a bit of movement of the wine that are in the middle of the pack.  The biggest jump in rankings was the for the 2006 Antinori Peppoli Chianti Classico, which moved from 5th place overall to second. 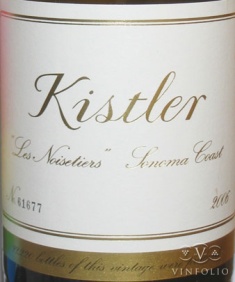 French wine-making techniques and the end results are still held as the gold standards for most winemakers in other countries. For New World winemakers, there is often no better compliment than for their wine to be judged as good (or better) than a French wine.  And if it's a New World Chardonnay, to be assessed as "Burgundian in style" is the biggest accolade. Burgundy- and California-style Chardonnays have characteristically been very different.  A typical California-style wine usually has a lot of oak, butter and tropical fruit flavors to it while a Burgundian Chardonnay will be more crisp, fresh, with mineral and steely overtones. These days, however, the best producers in the US are pulling back and focusing on a more restrained style for their Chardonnays, producing what many refer to as a more Burgundian-style wine.

Next month, TVC presents a line-up of top-rated Chardonnays from California winemakers (Kistler, Arrowood, Shafer, Pahlmeyer, Ridge, Signorello Estates and one from Oregon (Eola Hills) made to taste more like wines from Burgundy than from the US. Close your eyes while you imbibe and you just may think you’ve been transported to France. 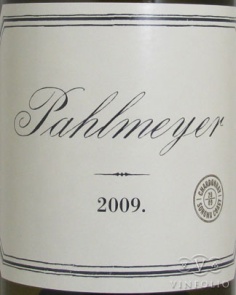