Next month we explore the world of Dessert Wines, just in time for the festive holiday season.  Click on the link below for details on the wines. 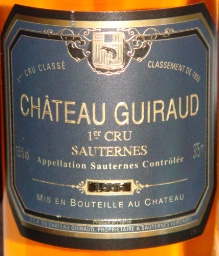 For November, TVC has assembled fine examples of sweet wine from various regions around the world.  We will start close to home with a Niagara ice wine from the Vidal grape.  We can contrast this with a selection of European wines such as the prized Kourtaki Muscat Samos from Greece, Hafner Old Vienna Composition Curvée from Austria, a 1er Cru Sauternes from Château Guiraud and Gewurztraminer SGN from France, and two Rieslings from Germany not to be missed, including Dr. Loosen Wehlener Sonnenuhr Riesling Beerenauslese and Schloss Schönborn. Finally our tasting will take us down under for some delicious and award-winning Noble One Botrytis Semillon from Australia. (See over for more details on the wines).   And to round out your wine tasting experience, we will be serving various food combinations to compliment these wines. 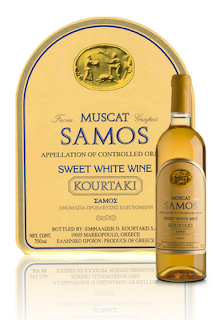 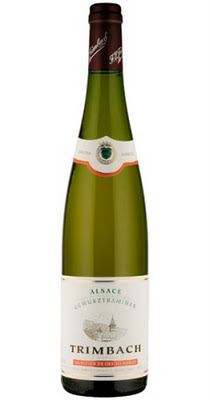 On Tuesday October 18, 2011, Toronto Vintners Club had the exciting and rare opportunity to taste a vertical of Chateu de Beaucastel, with samples ranging as far back as 1995.  Everyone in attendance agreed that all the wines were amazing 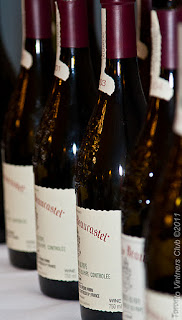 Our speaker for the evening was Howard Cayman, from Charton Hobbs, who are the importers of the wines were were tasting and all of Perrin & Fils wines, to Canada.  Howard has worked in the wine industy for many years.  He has spent some time in Harrods wine department as well as working as an assistant wine maker in many wineries in both Canada and France.

Cheateau de Beaucastle are the only producers in Southern Rhone to produce their wine using all 13 grape varieties allowed in the production of Châteauneuf-du-Pape and they have been strictly organic since 1964. 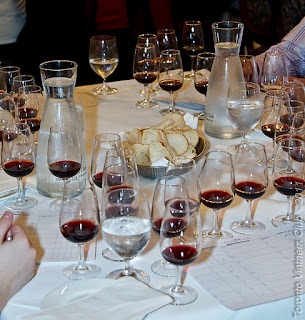 The wines were tasted in chronological order, starting with the young '07 through to the '95.  Howard spoke about how when tasting a vertical like, it is extremely difficult to rate and compare these wines against each other as they are all in different stages of evolution.  Luckily the group was able to work through these difficulties and come up with a ranking.

The groups favourite wine of the night, turned out to be the '98, which had a beautiful sweet aroma and great flavours of juicy blackberry, licorice and truffles.  Our second favourite wine was the baby of the group, the '07.  It had great acidity and Howard spoke about how it has a great life ahead of it and could last for 25 or 30 years.  Howard's, the speaker of the night, favourite wine was the 2000.  For anyone out there holding bottles of the '95 vintage, even though it scored well (3rd for the group and 6th for the speaker), it showed signs that it was on the back end of it's life.  Howard said that it had reached it peak and would notget any better.

Our November event will feature sweet wines, just in time for the holiday season! This will be a good opportunity to try a variety of sweet wines to see what will work best when paired with your festive fare! Hope to see you at this event.  Stay tuned for more details to come.
No comments: