In the words of Bruce Buffer, "Let's get ready to ruuuumble!"  On Tuesday Jan. 17th, 2012 Toronto Vintners Club squared off with the South African Wine Society in an epic showdown - pitting some of the best wines that SA has to offer against similar wines from some of the most famed wine regions elsewhere in the world.  At the end of a slightly rowdy night, it was clear that every wine that was tasted, made an excellent showing and did its country proud. 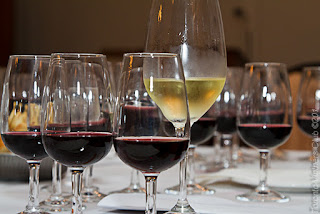 Our guest speaker for the evening was Edward Finstein, otherwise known as "The Wine Doctor".  He is the award winning author of "Ask the Wine Doctor". He writes regular columns for many newspapers and magazines and is also the co-host of the Vine & Dine TV show.  As the night got underway, Mr. Finstein quickly spoke about how, once he say the wine list, knew that we were all in for a real interesting treat, as there were some amazing, high end wines ahead of us. 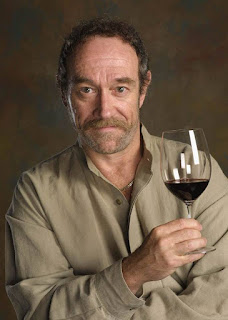 And now for the results:

For both the group and The Wine Doctor, the top wine of the night came from the international side, which was surprising, as the members of the South African Wine Society outnumbered our TVC members.

The groups top wine was the 2006 Clarendon Hills Moritz Syrah. Some of Edwards notes on this wine were that the nose was very interesting with hints of gunpowder and flint.  It reminded him of watching a 100 gun salute.  It also showed signs of coffee, chocolate, and tobacco.  He said that this was much more of an old style wine than some of the big fruity wines Australia has been known for as of late. 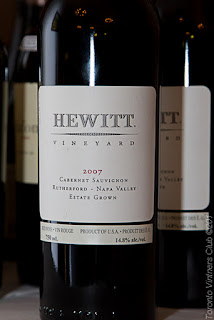 Edward's top wine of the night was the 2007 Hewitt Vineyard Cabernet Sauvignon.  This was a spectacular vintage with a deep dark black cherry colour.  It had a toasty nose with hints of minerals, dark fruit, violets, toffee, dark chocolate, spice, black currant and mulberry.  It was not a huge firm wine, like some people expect from California Cabs and it didn't have that bell pepper flavour that is often also associated.  This wine has great staying power.  He gave it a ranking of 93 points.

The top South African wine of the night was the 2007 Sadie Family Columella.  Edward ranked this as his second place wine, and the group ranked it as their third.  This wine showed a lot of red/black fruit and had a nice oak treatment.  The tannins had excellent structure and were balanced by great acidity.  This wine has excellent aging potential, and will continue to get better with age.

In 2003, Europe experienced a heat wave that was the hottest on record in almost 500 years. France was the hardest hit by the heat wave, with every single day in early August reaching around 100 degrees.  As a result many wine regions were forced to pick their grapes early due to the extreme dry conditions. "So what sort of wines were made from this freak year in which the harvest took place earlier than in any previous recorded year?  The first thing to say is that this truly was and is a quite exceptional vintage – not a 1976, nor a 1947. The wines obey even fewer rules and generalisations than is usual in Burgundy. They have by all accounts changed considerably in barrel since they were made, and to judge from the many wines I tasted several times recently, the majority of which are already in bottle, they take burgundy’s notorious capriciousness to new limits.”  Jancis Robinson  http://www.jancisrobinson.com/articles/winenews050129.html 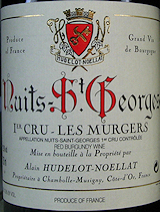 On February 21, Toronto Vintners will taste 8 red Burgundies from the exceptional 2003 vintage of which five are first growths (1er cru) wines:

Please join us for an evening of exceptional wines accompanied by light appetizers.