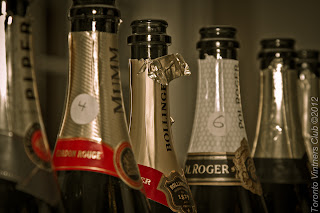 What a way to end another great season of Toronto Vintners Club tastings.  On November 20th, 2012 a packed house got to taste a fantastic line up of Champagnes (and hopefully help narrow some peoples decision on what to serve this holiday season).  Our guest speaker for the evening was Marc Donaldson, of Churchill Cellars. 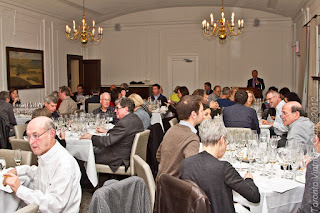 This tasting was a little different from our normal tastings.  To ensure that the champagne stayed cold and fizzy, two separate flights of champagnes were served.  Each flight was rated separately, which gave us two top wines for the night.

For the first flight, we tasted the following 4 wines: Lanson Black Label,Veuve Clicquot Brut, Piper Heidsieck Brut, and Mumm Cordon Rouge Brut.  When it came time to rate these, the club and guest speaker for the night were at odds.  The Club's favourite was the Mumm Cordon Rouge Brut Champagne where as Marc Donaldson, our guest speaker for the evening, gave top billing to the Veuve Clicquot Brut Champagne NV, which the club had rated last. 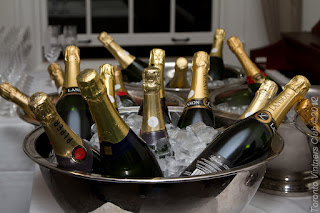 The second flight saw TVC serving: a Bollinger Brut Special Cuvée, a Pol Roger Brut, a Charles Heidsieck Brut Réserve and, a Huff Estate Cuvée (a sparkling wine from Price Edward county).  The results from this flight were much more consistent, with both the group and our guest speaker picking Bollinger as the top wine. 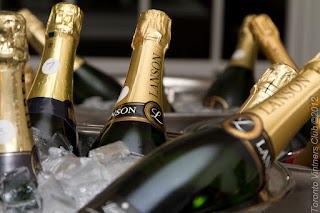 And here are the rankings. The blank line in the table separates the first flight of wines from the second.


We would like to thank everyone that came out to our events in 2012.  And we hope to see you all back for our events in the coming year, to join us in tasting some great wines at some great events. 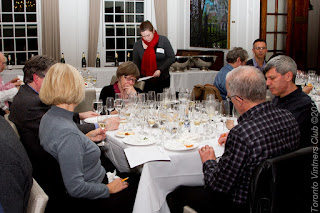 Sorry but our Champagne event is