On March 22, 2016 we’ll explore an interesting and eclectic mix of red grape varietals that dominate the lesser known vineyards in Southern France and see how the final “assemblage” is translated into quite different styles of wine by some of the most accomplished winemakers in the region.   While these are likely to be bold wines, the winemakers’ restraint should shine through to ensure a well- balanced profile suitable for a wide range of accompanying food.

Register / Buy Tickets
(NOTE: all ticket sales are FINAL; no refunds issued unless we are oversold)

We have 7 red blends and one 100% Syrah from reputable winemakers.  Here are some snippets of information about four of the winemakers whose wines we'll be tasting in March 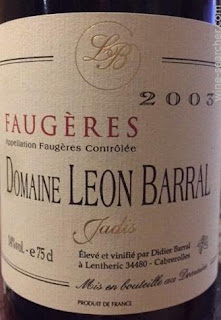 Domaine Léon Barral is a beacon of revolutionary winegrowing. Didier farms thirty hectares of vineyards with a team of cows, horses, and pigs which graze the cover crops in and around the vineyards. The simple act of grazing cultivates healthy microbiotic activity in the soil which in turn benefits the grapes, ultimately resulting in tremendously powerful, complex, and age-worthy wines.

Domaine de Trevallon, located near the medieval town of Les Baux de-Provence, was bought in 1955 by René Dürrbach, painter, sculptor and friend to Picasso. His son Eloi now makes the greatest of all Provencal wines. 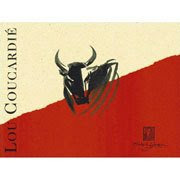 Michael Gassier has been in Wine Spectator’s top 10 French Wineries for Value every year since 2007. "A tireless champion of his native Costières de Nîmes in the southern Rhône, the dynamic Michel Gassier has transformed his family estate into a reputable source for value wines as well as world-class top cuvées, produced with the guidance of star consultant Philippe Cambie." Wine Enthusiast Magazine's 2013 Wine Star Award Nominees.  We will taste his Lou Coucardie.

Chateaux Bouscassé is the home estate of Alain Brumont, who also owns Château Montus. Few wine producers anywhere in the world dominate their region like Brumont does Madiran. Bouscassé produces what are, for Andrew Jefford of Decanter magazine, France’s most undervalued fine wines. He was a pioneer in Madiran and Côtes de Gascogne wines, bringing them to rank with the world’s best. The Brumont wines benefit now from an international recognition and remain at a very good value for money.  we'll be tasting his Madiran wine.